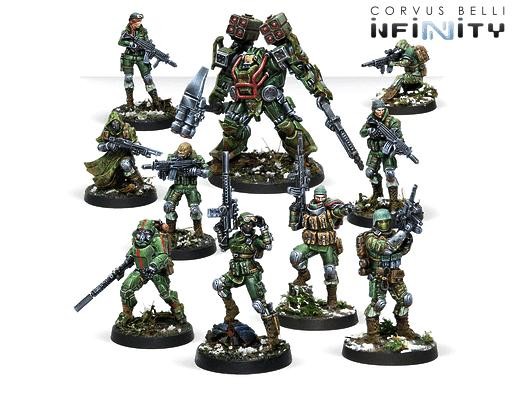 Tartary, the wild western region of Ariadna is one of the most dangerous and hostile territories on the planet Dawn. Any force capable of controlling would be a formidable adversary to Ariadna's enemies. The Tartary Army Corps, or TAK, are self established as a force that is constantly put to the test by its operating environment. A force that is always ready - in order to survive. The TAK is composed by experienced and profesional soldiers who, after facing the horror of Tartaria, are used to not giving up - because the alternative would be death.